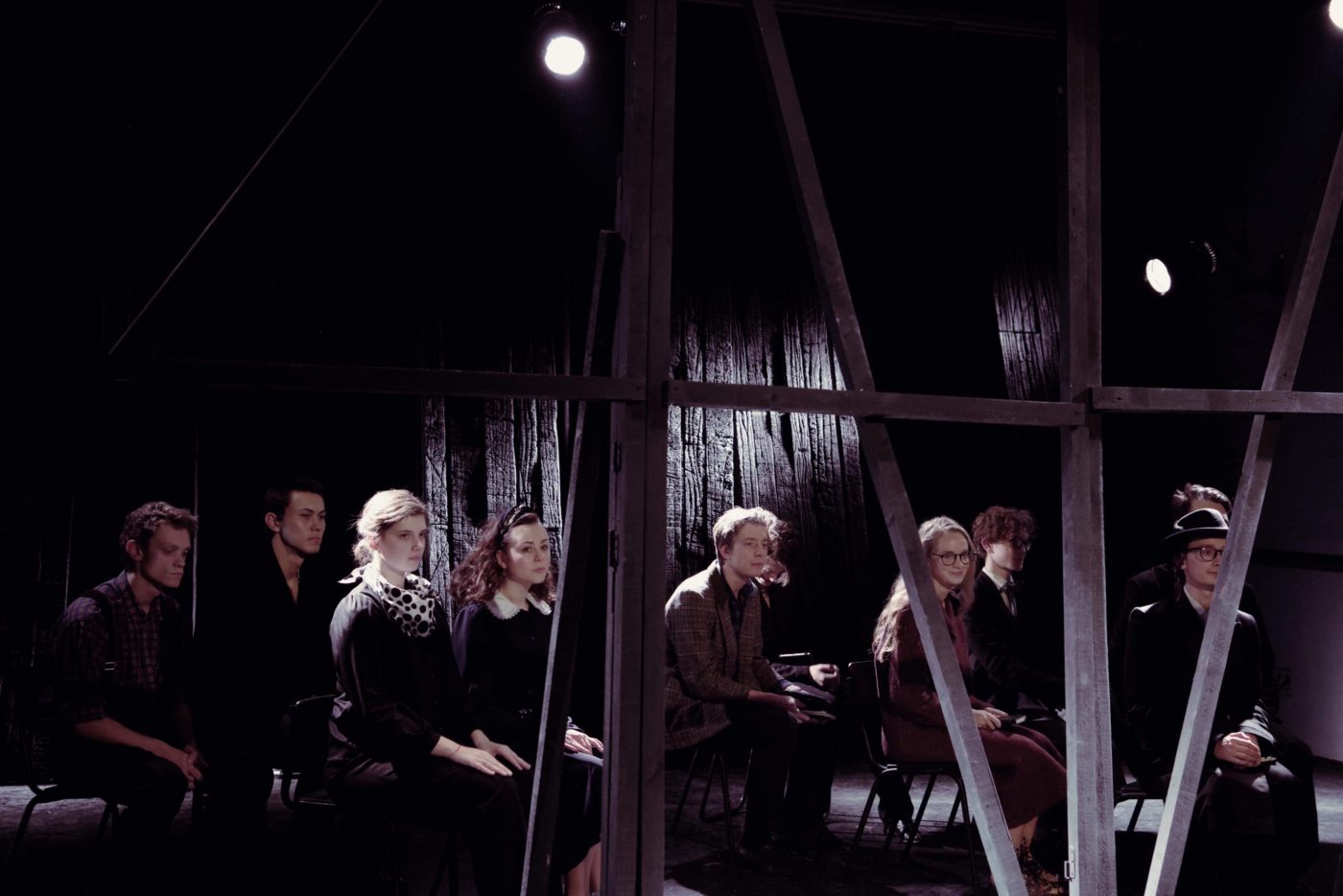 After death, Einstein asked God to show him the formula for creating the World. And so God did. Einstein studied the formula for a long time, and finally decided to say: “Look, there is a mistake here…”,
to which God replied: “I know”.

Our Class tells a story of a Polish town, in which people were happy, but then began to kill each other. It’s the story which has become important for the whole world. But why? Isn’t it because in every country and in every human there are things, which would rather be kept silent, which are too scary to
talk about?

At which point is hatred born? When a butterfly breaks its wing and the tragedy seems inevitable? Why is the history repeating itself, crushing the ten heroes of the play, and millions of people in the middle of the last century? For us, this play is not about Poles and Jews, not only about the tragedy that shook the European civilization. We are trying to understand ourselves: what we can do today so that the same nightmare is not repeated. “He who has the heart ought to listen to the time”.

“Time, having faced memory, learns about its lawlessness”. Our staging of Słobodzianek’s play is a story of 77 years and ten poisoned fates. We are trying to face that poison to tackle the question: how to neutralize toxins which deteriorate a man – God’s cruel mistake?