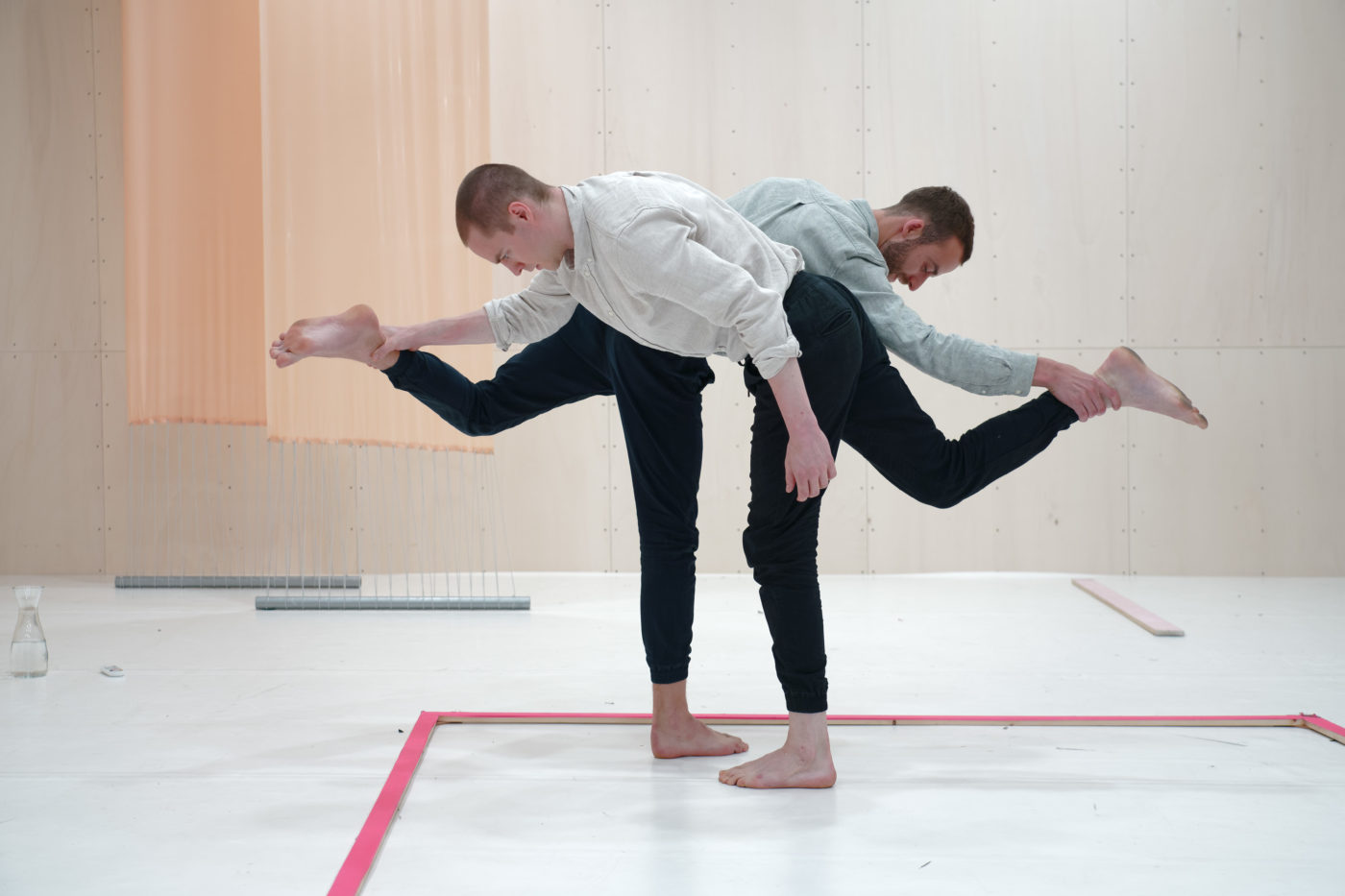 I find myself in a place where a certain playfulness is expected or, rather, imposed. An unwanted desire to always be with the other, to perform codependency. Here, me and him are together in a way I imagine my cells would be together with a virus, in a manner directed by science, out of my hands but, nevertheless, controlled. Hyacinths gardened in my medication bottles. Deborah, Yvonne, Insert Your Name and Pina. A Sims version of a burning love, a drug OD faked for a film scene, a deadly plague described in a book. A (previously) unreleased letter that keeps writing itself. I wondered about ways to express the weightlessness of this duet. About the phantom pains I felt from the open wounds of others before me, and the testament of life that they bequeathed to me. I embraced the unexpected kinships and made genealogies dance together. Virus is a terrific performer. (One in a million, once for a lifetime). Mouthwatering. The global population of the infected makes up for a country almost as big as the one I come from. And this is a tragedy.
An Ongoing Song is a piece of visually and physically conceived theatre. It takes a form of a duet to imagine onstage a relationship of a body to an undetectable virus inhabiting its blood.By the reiteration and reinvestment of inherited performative gestures, the performance juggles the complexities of human relationships, risk-taking, danger, desire, vulnerability, self-infliction, dependency, loss of innocence, morbid humor and affection. Although the performance is based on a singular experience in its poetics, it wishes to address the individual life-changing events that many of us have lived through.

The performance is recommended for viewers aged 16 and older.

Eric Mayson’s “Red Circles” is used in the performance, courtesy of the author.