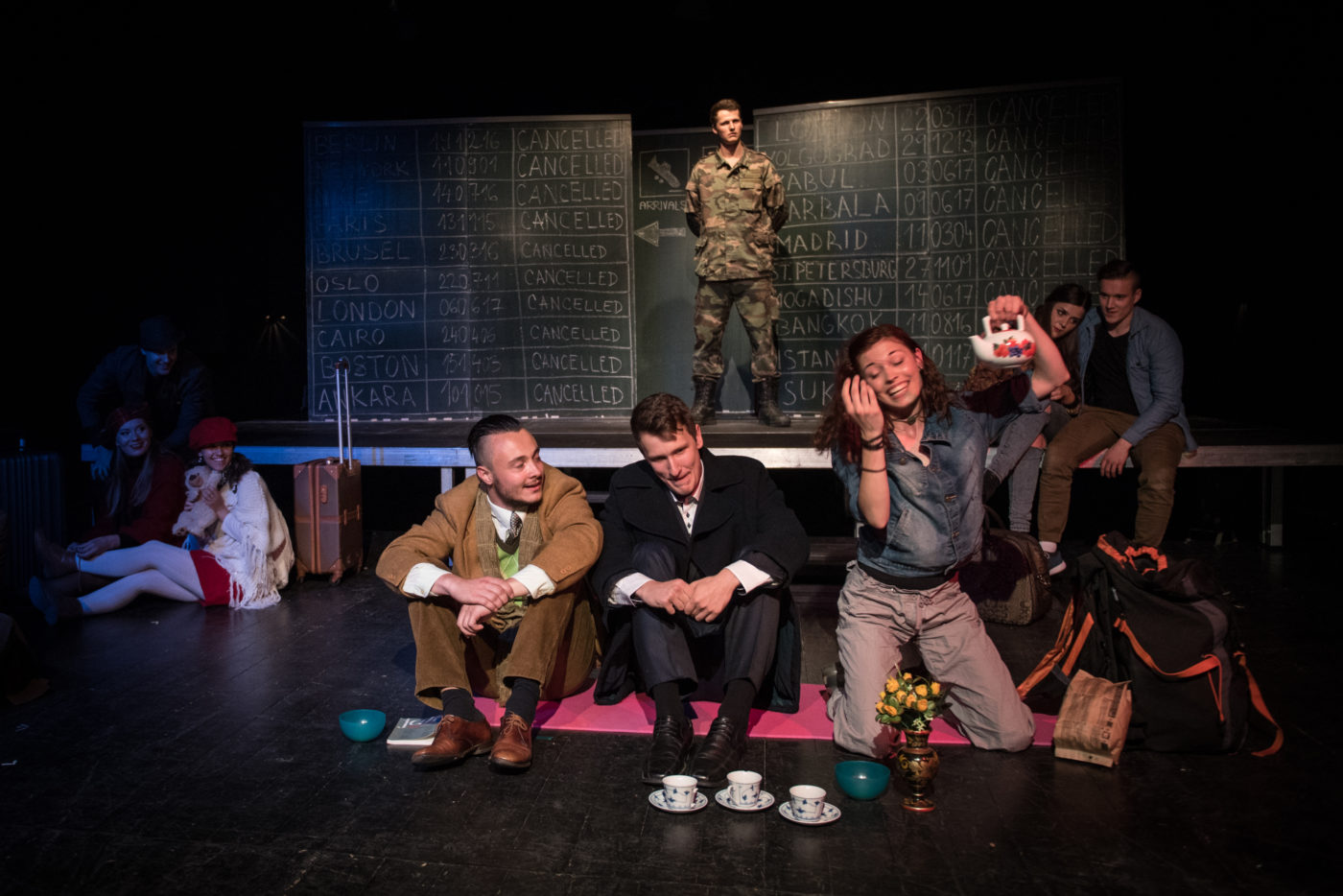 As a social creature, a human being is sort of forced to live among other humans. Statistics of migration from big cities to small town and the other way around over the years form a vicious circle, as if a seemingly individual decision about the space we want to live in was a part of a repetitive pattern of social issues, giving us the illusion of independence. In the words of a would-be airplane passenger: ‘The choice is a lie, an artificial problem! Everything has been already decided for us’.

In ‘Terroryzm’ directed by Richard Sanitra, we live under a constant social pressure. When one hears the word ‘terrorist’, the connotations are pretty obvious – attacks, bombs, massive genocide. In our imagination, it is always someone strange, someone distant. The spectacle from Slovakia broadens the definition of this word by posing uncomfortable questions. Who among us has never witnessed mobbing at work? Who has never felt awkward because of family ties? Who has never given a silent approval for mental bullying, considering it as normal?

In this history, we witness everyday situations undermined by fear and violence. A woman unloads her frustration on her lover (‘I was having a bad day, so I wanted to ruin yours too’) and in return he crosses the line of a sexual play by binding and enslaving her against her will. A lot of people are forced to change their plans because of a jokester who left an empty suitcase at the airport. The message of the spectacle lies within the speech of a high-ranking soldier – terror is not a single event, it is a chain reaction. It leaves a mark on us even when we only hear about it. Unconsciously, we pass it on.

However, one could also draw those same conclusions from the tragedy of the Presniakow brothers. In his play, Sanitra did not include neither conclusions of his own, nor any attempts of looking at the tragedy from a different perspective. The cast act as if it was a comedy, overstating the humor of the play to the breaking point. Maybe the idea was that the terror of the presented event will be even more emphasized by the humoristic convention. When it remains almost invisible, just like in our private lives, our awareness tends to repress it. The result was a pretty superficial interpretation of the main problem of the spectacle and driving the audience’s attention away from it.

Surprisingly, the most interesting part of the play is the minimalistic, yet surprising scenography which transforms with different shapes drawn by chalk on the floor and the boards in the back of the stage. Creating new space for play in such an efficient and clear way must have required a lot of practice and great cooperation between the artists. However, it is not a good sign when the best part of a play happens between the scenes and not during them.

Nevertheless, the play by Theatre Department of Theatre Academy in Bańska Bystrzyca was humorous. The minimalist stage and scarce props prove that the actors really know how to get around on stage. However, it is a shame that the creators wasted the opportunity to present a story which casts new light on an exceptionally modern and omnipresent problem of terrorism.