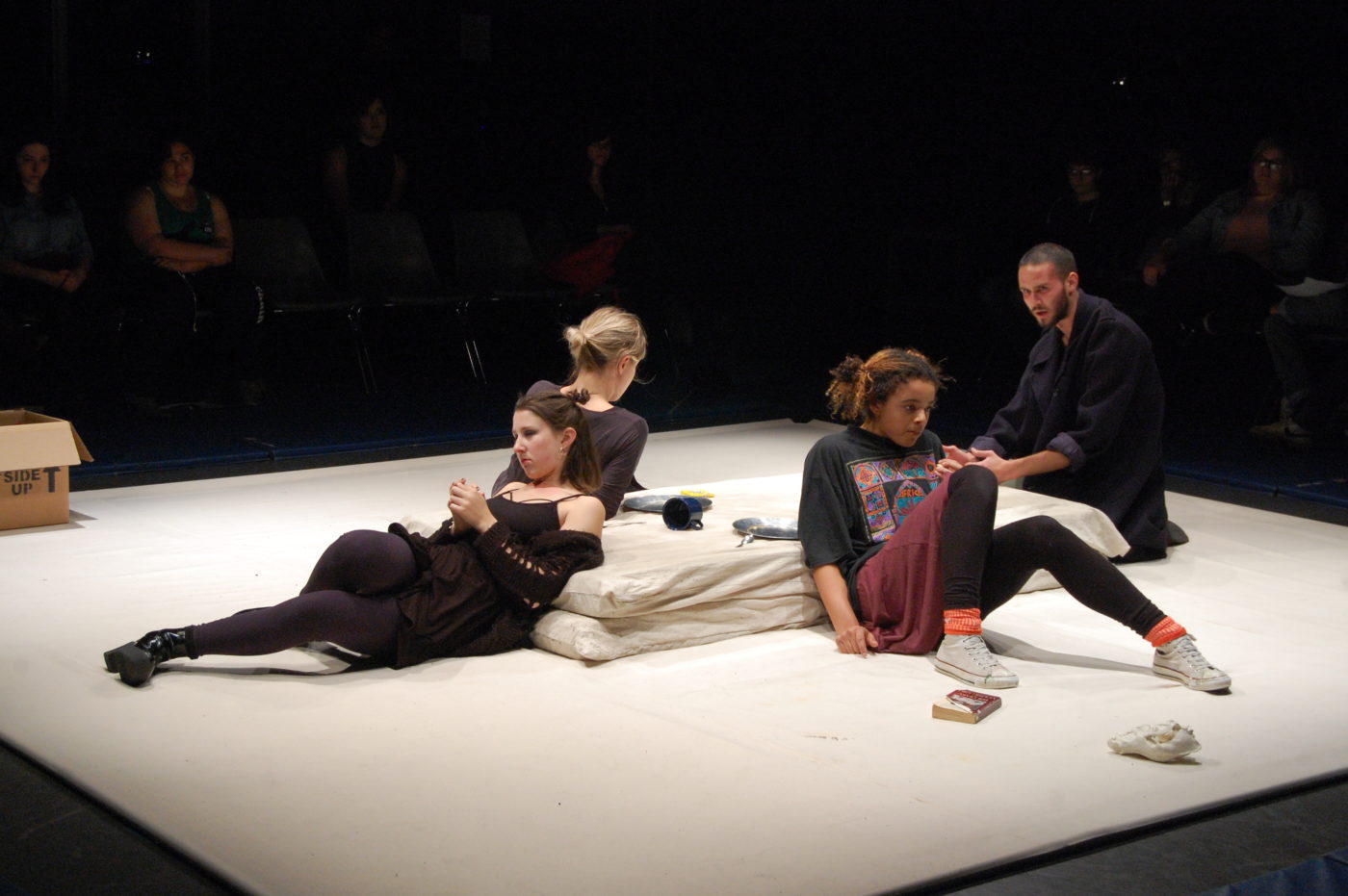 War, a drama written by a Swedish playwright Lars Norén, takes place in an unnamed country ruined by a war. The audience witnesses the life of a family struggling in the world no longer governed by any ethical rules whatsoever. One day, an blinded husband and father unexpectedly returns to the house – everybody thought that he had died in action. In this world, there is no innocence and the oppressed are practically no different than the oppressed. The spectacle proves to us that if we are unable to survive abiding ethic rules, our primitive nature will take over swiftly and imperceptibly. Everyone has to adapt. War makes us face horrible decisions that are made nowadays in places engulfed with war all around the world.

Department of Drama & Theatre originates from School of Music, Theatre and Dance which was founded in 1880 and later joined to the University of Michigan, a school considered one of the best public universities in the United States. Its curriculum is based on a balance between academical classes and professional training. Classes are held in small groups, which brings students closer to their teachers. Every year, its students prepare over dozen spectacles and diploma competitions. Apart from performing on big stages, one can also hope for various forms of artistic activity within numerous study groups. The most famous graduate of the University is Arthur Miller, to whom the department theatre owes his name.