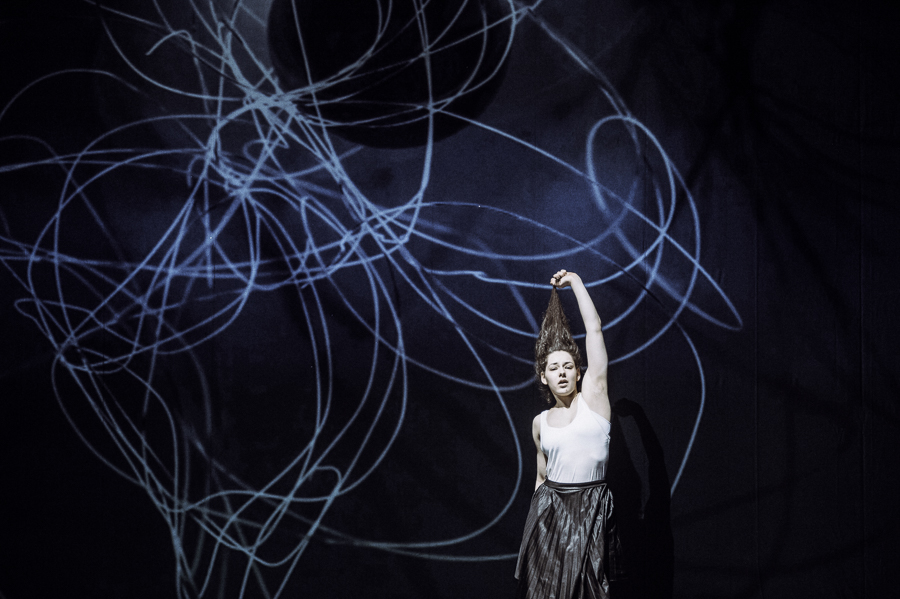 Witzelsucht – jocularity – is the word used to describe animation and cheerfulness displayed by people suffering from frontal cerebral lobe disorders. It is considered as one of many ailments able to alter a human mind and therefore influence a personality. In their spectacle, the Theatre Academy students follow the idea of Oliver Sacks, a renowned neurologist (author of The Man Who Mistook His Wife for a Hat). Sacks treated each of his patients as a person whose mind, apart from the disorder itself, harbours a whole variety of emotions, dreams and fears. In other words – a micro-universe which one can neither fully understand nor analyse mathematically. Young people wonder what happens if the rules governing the world transform and if we look at ourselves from a slightly different angle.

The Aleksander Zelwerowicz Academy
of Dramatic Arts in Warsaw,
The Acting Department