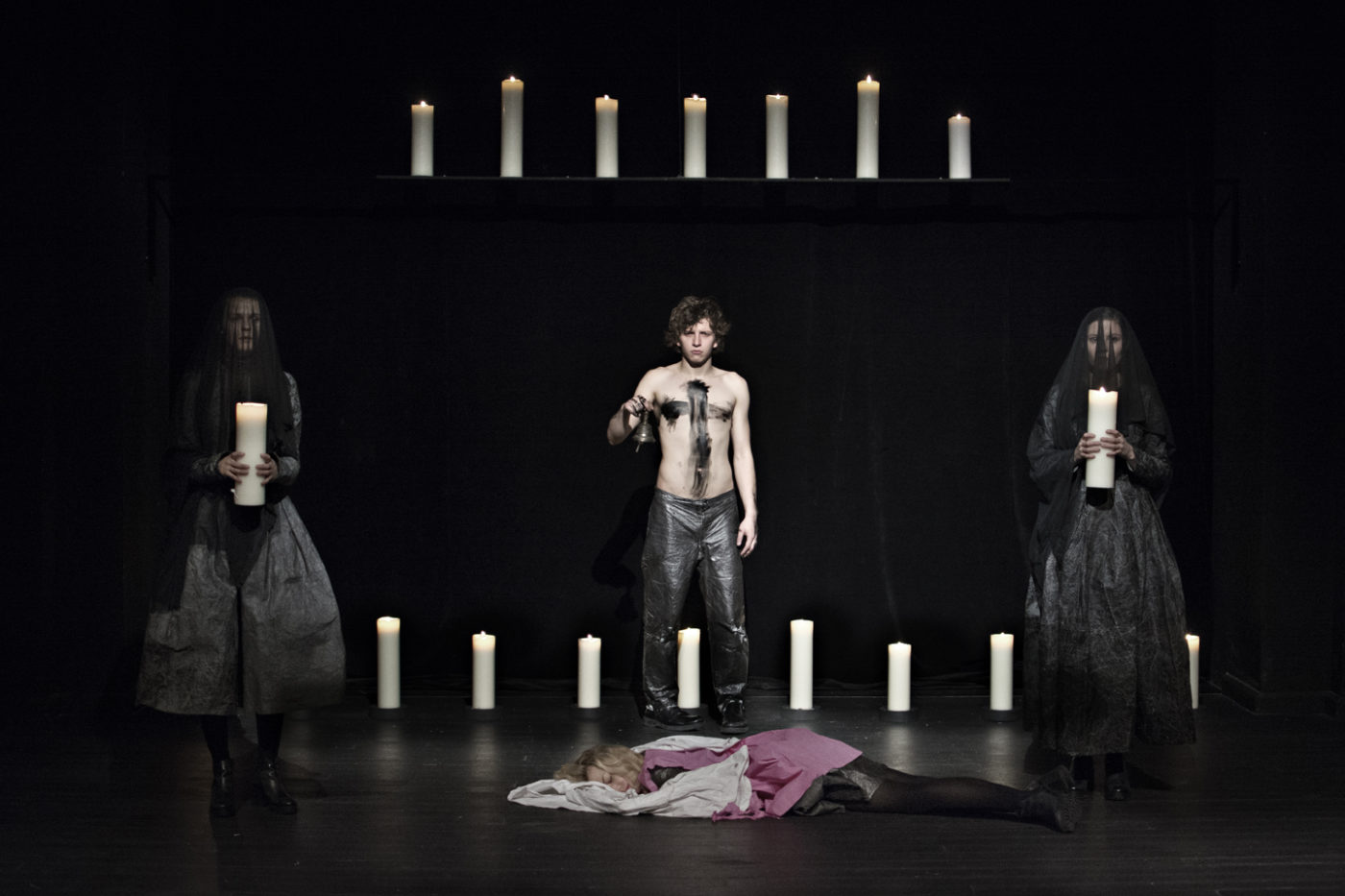 Great Britain, 1950s, a Puritan community at the countryside. One could think that it has nothing in common with Poland in the 2nd decade of the 21st Century, but the people behind the spectacle prove different. They study where does narrowly-defined religiousness lead and what are the results of forcing somebody to accept beliefs that should be a personal choice. Both in the play itself and in the spectacle, everything seems ambivalent. We don’t even have a clue who the main hero is – an oversensitive poet? A lunatic?

The Devili inside him is an adaption of a play by “young and angry” John Osborne, written with a taste of adolescent intransigence.

The Leon Schiller National Higher School
of Film, Television and Theatre in Łódź