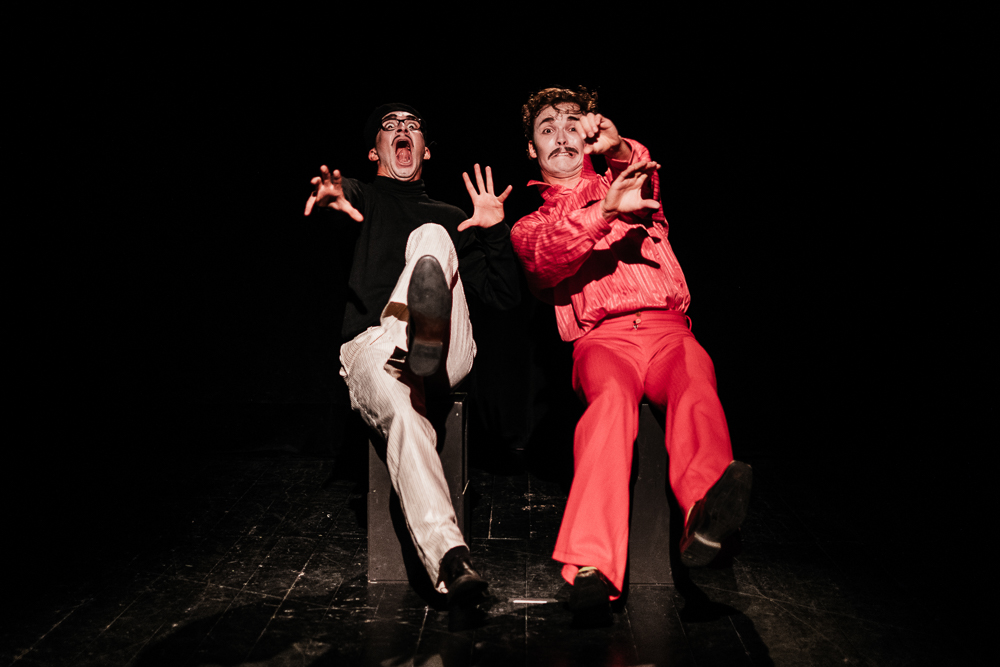 ‘Trip’ is a short spectacle employing the aesthetics known from silent movies with Charlie Chaplin. As the title would suggest, it tells a story of an excursion.
Two friends meet, they have a drink and then get into a car. One of them is wearing a beret, thick glasses and Foucalt-like turtle neck, while the other put on flamboyant flare trousers which remind us of the 1970s. Their reckless driving leads to an accident and a death of another driver. After trying to reanimate him, the men put the corpse in the trunk. Then, they run away from the police, run out of fuel and eventually, they kill a policeman. His corpse is also taken and buried along with their first victim in a secluded location. Meanwhile, they have an argument as a consequence of their fight and dual homicide they had committed. The screen initially displayed countdown like in old movies but now it proceeds to show an image of both characters going to hell concluded by the words ‘The End’.
The spectacle staged by students from the Puppetry Department is slapstick to the core and I found it successful not because I am a fan of this genre. It stroke me as simple, funny, not pretentious but also not reflective. This form of theatre is also useful and welcome which was proved by a standing ovation from students of other European theatre schools.