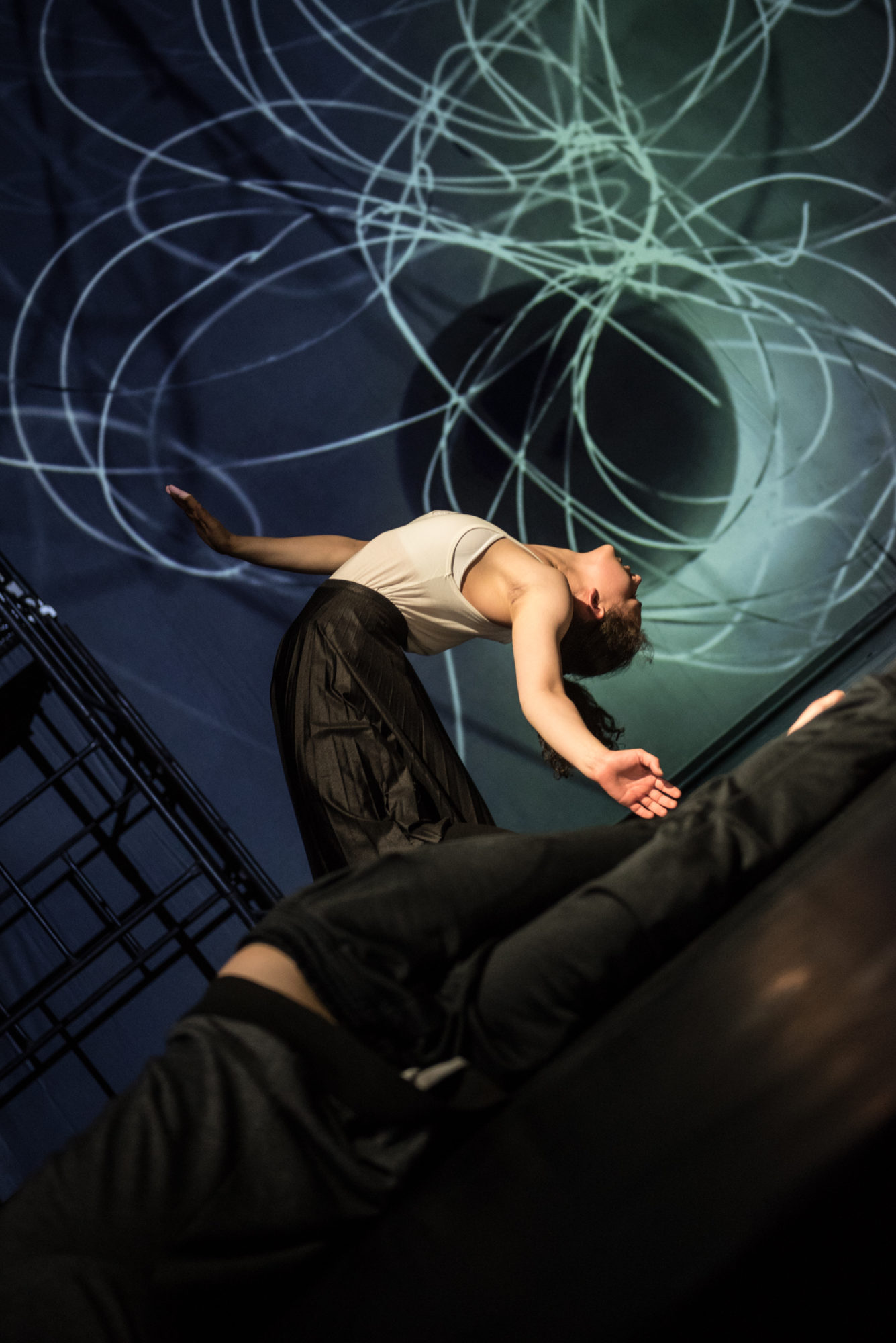 The categorical division between the body and the mind is not at force any more. The soma and the psyche became an inseparable unity. The cognition ceased to be the domain of the mind, the body is now considered an equal epistemological device, perfectly capable of its own judgment. In the image painted by Liwia Bargieł inspired by the research of an American neurologist Oliver Sacks, the factor that differentiates the way to perceive the reality are various neurological disorders which belong to distinctive categories of deficit and excess. Lack of set cognitive competence, such as the ability to perceive something as a whole or abstract thinking, is often compensated by the incredible capabilities of those who suffer from the disease.

The spectacle program features descriptions of several cases of agnosia – classified disorders debilitating the ability to recognize components of the world around us. In this context, actions of each actor transform into attempts to present a medical case on theatre stage. One can attempt to match given descriptions to certain actions on stage, but it is not essential to interpretation of the play as a whole. The spectacle is more of a variation about a given subject, rather than an illustration of certain positions of the neuro-psychiatry textbook. It is not worth it to meticulously separate every single case, as the borders between them are pretty flexible.

The transitions between playing as a team and moments of separation strike the viewer as very smooth. During them, each performer seems possessed by the dictatorship of his or her own body. In the beginning, the audience witnesses an inconsistent, even a wounded organism – people on stage, even though they resemble some kind of a group, perform an individual sequence of moves. Each of the actors is an energetic vector which sets the whole body in motion. Moments of harmony, during which the group is able to find its inner rhythm governed by the music by Aleksander Kazimierczak, are pretty scarce –like when performers push each other with their shoulders and form certain teams just to fall apart like electron links seconds after that. The entanglement of matter is striking – performers’ bodies blend in with the grayness of their clothes, their faces are covered by their hoods and their limbs form odd combinations. There is not enough integrity and harmony. This kind of images returns the most often. Once can sense the bodies on stage fragmentarily, more as a total sum of components rather than a cohesive whole.

The impression of separation is strengthened by projections by Marta Mielcarek. Minimalistic, monochromatic frames present close-ups on different body parts like a slowly moving palm, hectic eye ball movement, multiplied shots of a semi-open mouth or a frame somewhere between a kaleidoscope or an image of a shattered mirror.

The play by Bargieł points out the instability of the borders between one’s body and his or her cognitive abilities. It is a visual history about bodies that at first seem faulty, inconsistent, rebellious. However, later on they show unmatched discipline. Those (im)perfect bodies consequently arrange and interpret the space around them. Paradoxically, the poetics of deficit become an added value and the magic of excess turns into a parable of sorts about the power of different cognitive abilities.

The Department of Acting, Aleksander Zelwerowicz Theatre Academy in Warsaw