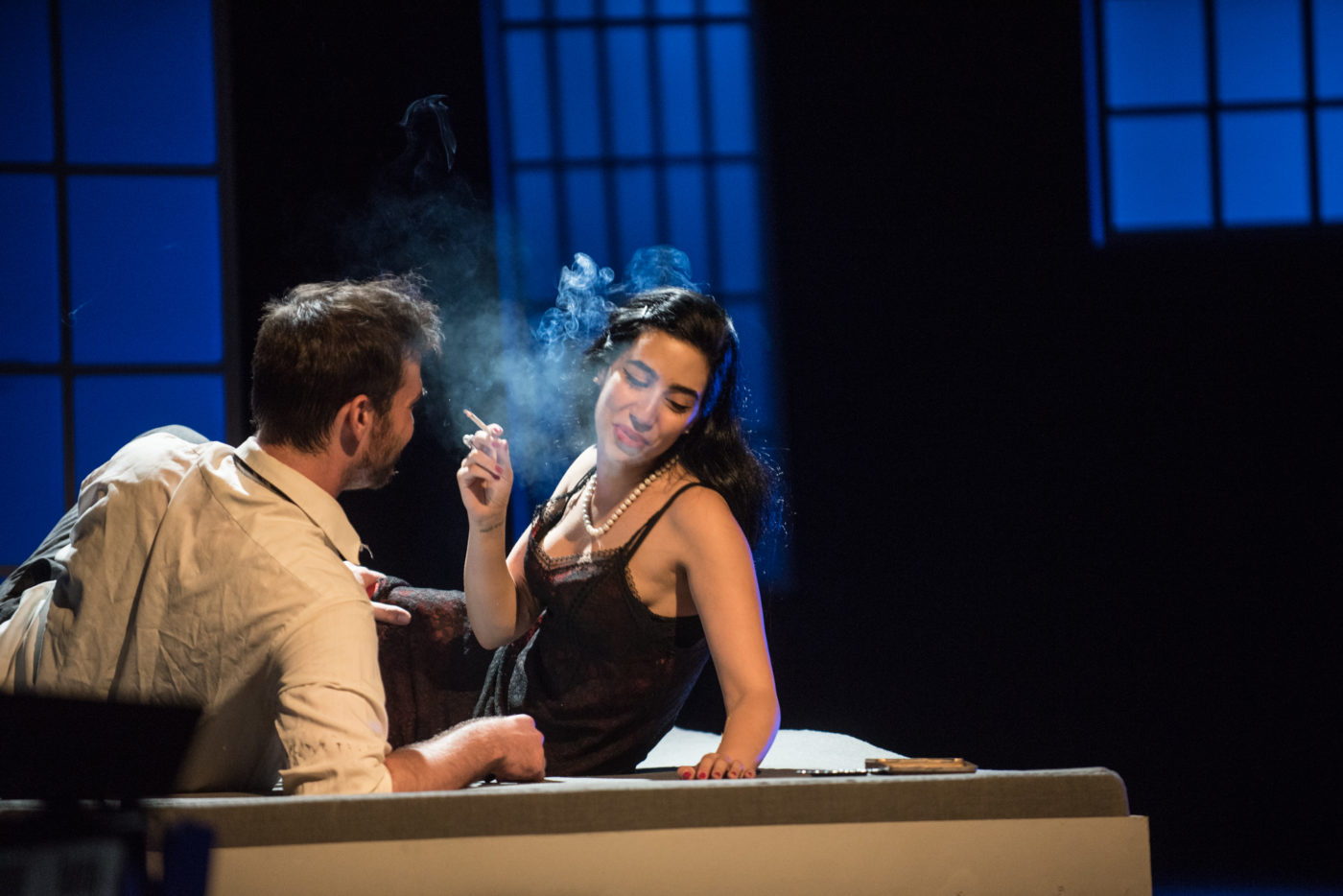 The play is set in America after World War 2 and its characters are migrants who experienced Shoah. The spectacle starts with the main character Herman Broder having a nightmare interrupted by his wife Jadwiga. She helps him clean himself and prepares a meal – using routine actions she brings order, wakes Herman up from his dream and sets the reality of the play.

Jadwiga, a Polish peasant and an ex-servant of Herman’s, saved him from the holocaust, but she is not the only woman in his life. There is also Masza, the mistress – also a rescued Jew who takes care of her sick mother every day. Then there is Tamara, his first wife. Herman was certain that she died during the war along with her children. He is proved wrong – Tamara survived and she finds her husband in New York.

Their world is shattered by the war, even though some of its fragments intertwine which each other. Metaphysical assumptions that used to set moral standards of the epoch lost their original meaning, which brings chaos to the society. The emancipation of women is progressing and marriage is losing its inseparable character as a cultural institution. In this entropy, the characters are searching for references for their own identities.

The three women seem to symbolize the time – Tamara stands for the past which tends to come back and haunt, Jadwiga is present which you wish to leave behind and Masza represents escape or the future. Torn between the three of them, Herman feels like in a trap, he flounces, straddles and tightens the noose around his own neck. Women are not his eponymous enemies – such a conclusion would be shallow and sexist. Analyzing the fate of the characters one could make a reference to ‘No Way Out’ by Jean-Paul Sartre by saying that hell is not other people, but mostly what you do to yourself.

In terms of the form, the spectacle is realistic, yet frugal. The space is marked arbitrarily by the actions of the characters – the table which Herman used to eat dinner with Masza and her mother becomes immediately set by Jadwiga in order to celebrate Sabbath. Very often, the emotions are sent to the audience from a certain point along with the text.

The idea of the director was not to create something innovative, but rather to tell the story of the novel by Isaak Bashevis Singer using the language of the theatre. The spectacle is not only supposed to remind the audience about Shoah as the main signifiant of our culture, but also about the process of rebuilding the imaginarium that needs to happen after every single tragedy. The said process proves more difficult than the experience itself.

based on the novel by I. B. Singer