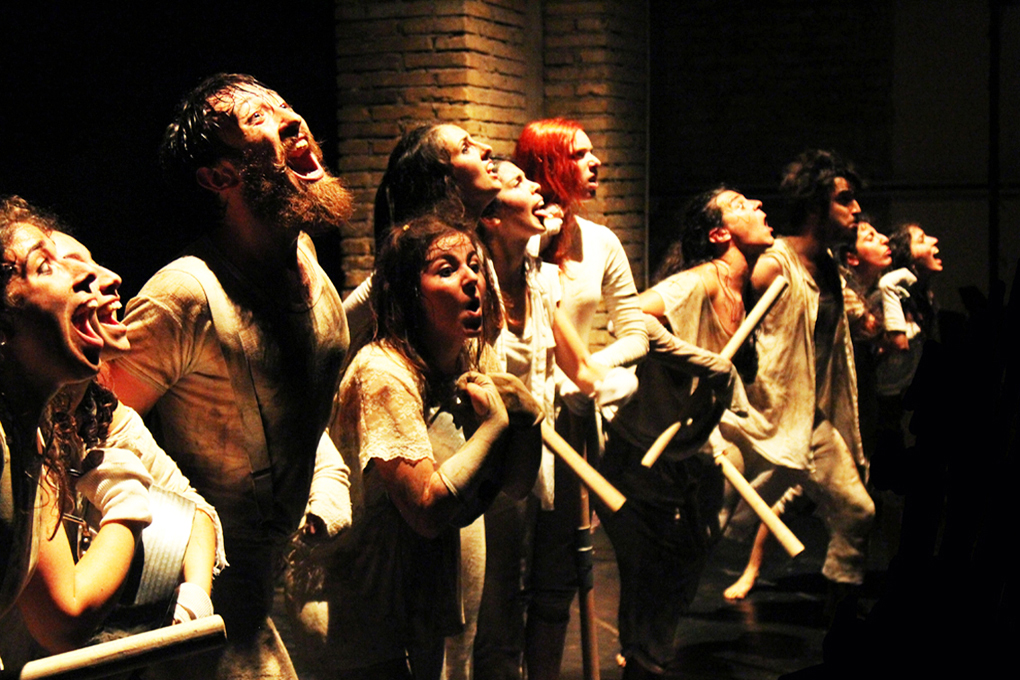 Are you a Human, an Animal or a Beast? The newest international project of Sofia Amendolea Theatre Academy in Rome provides unexpected and teasing answers to these three simple questions. The spectacle is a result of a few months of work on stage which included various techniques of improvisation among other forms. Farma serves as a mirror of sorts which reflects both the Human and the Animal. Through their bodies, sounds and images, actors present a devised ‘Abysmal Farm’ – a place where at first the antagonistic roles of the Human and the Animal are reversed and then joined together to create a new and fearsome creature – the Beast.

Theatre Academy of Rome ‟Sofia Amendolea” was founded in 2007 based on the idea of Fabio Omodei, the director and artistic manager of international theatre school festival known as Roma Teatro Festival (held since 2003). It consists of 3 departments: Department of Acting, Department of Body and Movement and the Department of Theory and Criticism. During their 3-year courses, students attend practical classes, they learn the history of the theatre and the basics of scenography and costume design. Academy is generally aims at educating in the field of formal acting. It puts emphasis on international exchange which allows students to learn various theatre techniques, as well as gain valuable experience which lets them overcome obstacles of language, culture and aesthetics. Moreover, Academy undertakes experimental projects, very often including socially-excluded people. During their studies, students perform on stages of Roman theatres Eliseo and Quirino. Their diploma spectacles can be seen on numerous foreign festivals where they are very often rewarded. Students of Theatre Academy ‟Sofia Amendolea” have already visited ITSelF 4 times. They presented the following spectacles: Nightmare of Concentration Camp (2007), Bad People in Guantamo (2011), The Colours of Execution (2013) i Bastards in the Mind (2015). All of them were written and directed by Fabio Omodei.