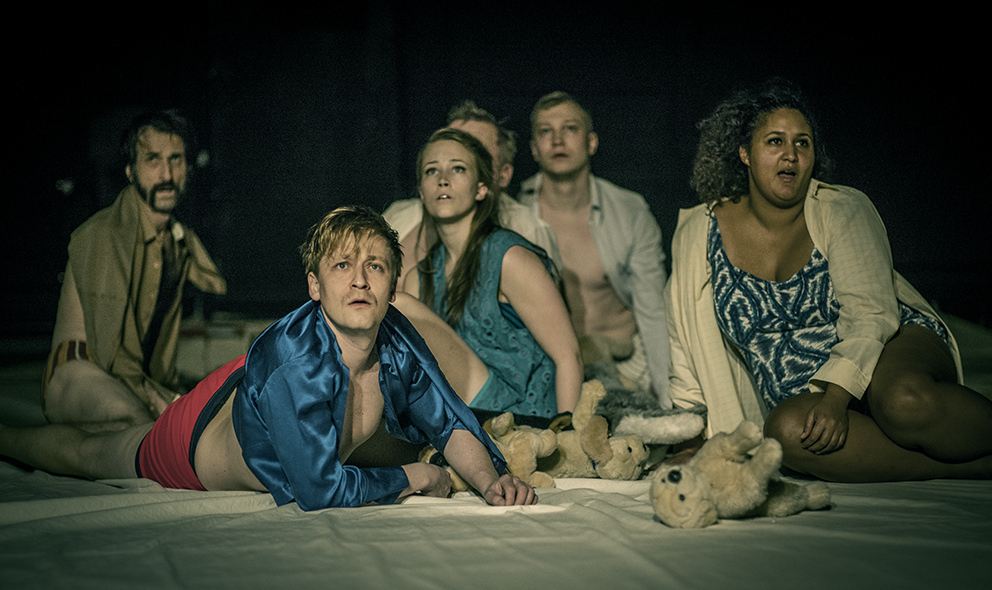 The Finnish students began their project with reading the works of French writer Michel Houellebecq. They are searching for any possibility of resistance against modern life governed by the hegemony of capitalism. They also wonder what kind of objectivity this system sets and what happens when we realize that our attempts at maintaining a critical distance eventually fail. The spectacle is based upon a provocative assumption that sexual relations between men and women in the West broke down, which resulted from the emancipation of women. This situation leads to the phenomenon of sex tourism – in order to recover what was lost men go to Asia and women travel to Africa. The spectacle is not based on a dialogue between fictional characters and their words, but rather on moves, images, sounds and the relationship between the actors and their audience.

Theatre Academy in Helsinki was founded in 1979. It’s the largest university of this type in the whole country. Since 2013 it has been a part of the University of the Arts, which resulted from a fusion between the Theatre Academy, Sibelius Academy and Finnish Academy of Fine Arts. Academy serves as a home of the reform of performative arts and a successful scientific facility. Its objective to provide graduates with extensive general knowledge and to encourage them to think analytically.  Academy offers degrees on baccalaureate, master of arts and PhD level in the fields of light and sound, dance, choreography, theatre pedagogics, acting, directing, drama, ecology, performance studies and live arts. Apart from acting classes in Finnish, there is also a class taught in Swedish (the students of which developed Houllebecq!). The final results of Academy students’ work are displayed on the stage of the Academy Theatre. Every year it hosts around 40 premieres and each of them is open to a broad audience.

Theatre Academy
of the University of the Arts Helsinki