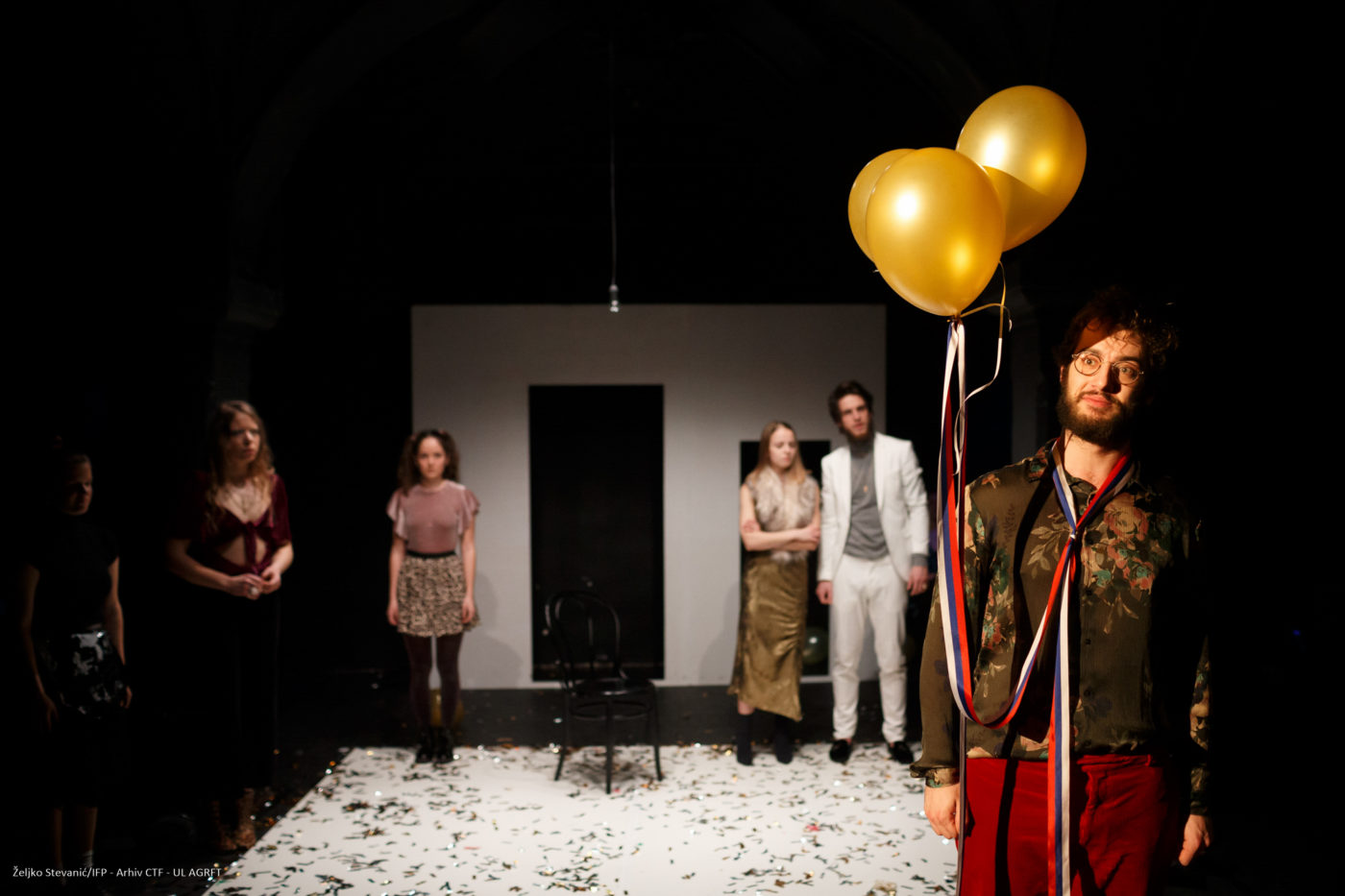 The performance comes from a collage of two plays of completely different social, cultural and political contexts, yet bound by similar aim. The play by Roger Vitrac Victor or Power to the Children (1928) can be interpreted as an attack on a petty bourgeois society. The second play, Viktor ali Dan mladosti (1988) by Dušan Jovanović can be understood as a deposition of a generation in times of Yugoslavian disintegration with an irony towards the system, which is collapsing before their eyes. For both of these plays, the Slovenian artists create the situation of a family birthday party, where everyone has fun and just enjoys a dizzy time. On the other hand, it is easy to observe that members of the family have different obsessions and very complicated relationships. They are not even capable of cohabiting. The subsequent incidents expose lies and do not bring the alternative nor salvation to the family, which would rather kill the Death than quit the party. Through this, the performance is a critic of the modern society and lack of values, here and now, in 2019, where the main motto is: Enjoy! Have fun! And yet, is it possible to change this tendency at all? There are twin brothers at the party: Viktor, the anarchist, who brings the revolution, and Zmago – who, on Victor’s arrival, uncovers the nonsense of his existence. The play tries to demolish the world of hypocrisy. Sadly though, the sole outcome is chaos.

University of Ljubljana – Academy of Theatre, Radio, Film and Television